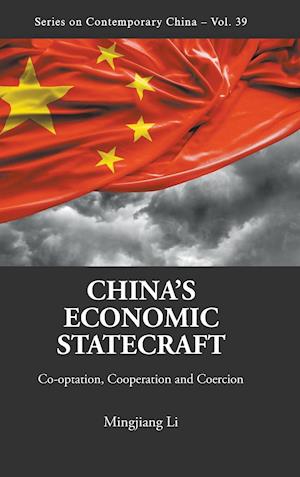 This book aims to study China's economic statecraft in the contemporary era in a comprehensive manner. It attempts to explore China's approaches to using its economic, trade, investment, and financial power for the pursuit of its political, security, and strategic interests at the regional and global levels. The volume addresses three major issue areas in particular. The first issue pertains to how Beijing has used its economic clout to protect what it perceives as its 'core interests' in its external relations. Three cases are included: the Taiwan issue, human rights, and territorial dispute in the South China Sea. The second major area of inquiry focuses on how China has employed its economic power in its key bilateral relations, including relations with Japan, North Korea, the United States, and other states in the East Asian region. The third issue concerns China's economic statecraft in the global context. It addresses the impacts of China's economic power and policy on the transformation of the global financial structure, developments in Africa, the international intellectual property rights regime, and China's food security relations with the outside world.