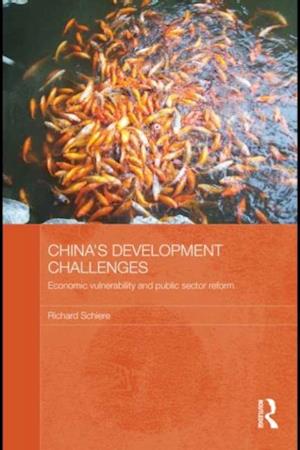 This book argues that a major potential source of social tension in transition and developing countries is not poverty as such, but vulnerability: that is, the risk of becoming poor. It demonstrates how in China many of the recent reforms to the public sector, such as decentralisation from central to local government, especially fiscal decentralisation; the reduction in public services provided by the state; the increasing practice of local government of charging fees for basic services which were previously free; de-collectivisation of the rural commune system and market sector experimentation in Economic Processing Zones have made many households extremely vulnerable to poverty. Having to find funds to pay for health and education leaves the households exposed should macro-economic fluctuations related to factors - such as trade, resource imports, and financial volatility - have an adverse impact on the Chinese economy overall. The book argues that to become less vulnerable to macroeconomic shocks China would need to shift from an export-oriented development strategy to a domestic consumer-demand driven development strategy, and this would need to be supported by public sector reforms: strengthening of public service provisions in the health and the education sectors as well as expanding social security programs. The book discusses these problems, relates them to the economic literature and outlines the likely consequences.