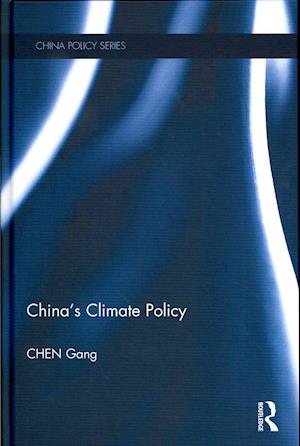 To understand China's climate change policy is not easy, as the country itself is a paradox actor in global climate political economy: it used to take very suspicious stand on the scientific certainty of climate change, but recently it has become a signatory and firm supporter of the Kyoto Protocol; it stubbornly refuses to accept any emission cutting obligations, but has gradually taken the lead in developing renewable energies and carbon trading business; it accuses western countries of their hypocrisy and irresponsibility, but ironically maintains close cooperation with them on low-carbon projects; it fears climate mitigation commitments may hamper the economic growth, but meanwhile spends most lavishly on the research and development of clean energy and other green technologies. This book, unlike other researches which explain China's climate policy from pure economics or politics/foreign policy perspectives, provides a panoramic view over China's climate-related regulations, laws and policies as well as various government and non-government actors involved in the climate politics. Through analyzing the political and socioeconomic factors that influence the world's largest carbon emitter's participation into the global collective actions against climate change, the book argues that as a vast continental state with a mix of authoritarian politics and a quasi-liberalised market economy, China's climate policy process is fragmented and self-defensive, seemingly having little room for significant compromises or changes; yet in response to the mounting international pressures and energy security concerns and attracted by lucrative carbon businesses and clean energy market, the regime shows some sort of better-than-expected flexibility and shrewdness in coping with the newly-emerged challenges. Its future climate actions, whether effective or not, are vital not only for the success of the global mitigation effort, but for China's own economic restructure and sustainable development. The book is a unique research monograph on the evolving domestic and foreign policies taken by the Chinese government to tackle climate change challenges. It concludes that instead of being motivated by concern about its vulnerability to climate change, Chinese climate-related policies have been mainly driven by its intensive attention to energy security, business opportunities lying in emerging green industries and image consideration in the global climate politics.