- Industrial Reform and the Rise of Centrally Controlled Big Business 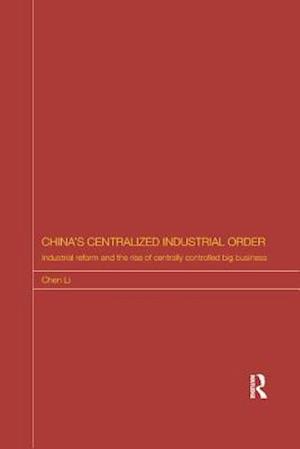 This book is about the political economy of China's industrial reform and the rise of a group of Chinese big businesses under the Communist Party and the central state's control. It examines the origins, evolution and institutional configuration of this centralized system in governing the `commanding heights' of the Chinese industrial economy. Shaped by persistent industrial policies to develop China's `national champions' enterprises, the core parts of China's central industrial ministries and mono-bank system have been transformed into a `national team' of giant modern business firms in industries such as oil, power generation, telecommunications, aerospace, aviation, nuclear, shipbuilding, mining, construction, automobile and banking. Through an adaptive process of learning, experimentation and restructuring, the bedrock of the authority relations and control mechanisms among the Party, government bureaucracy and firms has been consolidated rather than dismantled in the system's transformation. This alternative view of China's industrial reform presents a direct challenge to the neo-liberal transition model of China's institutional development and the mainstream Western conceptions of Chinese big business.