China's Borders with Russia in the Northeast 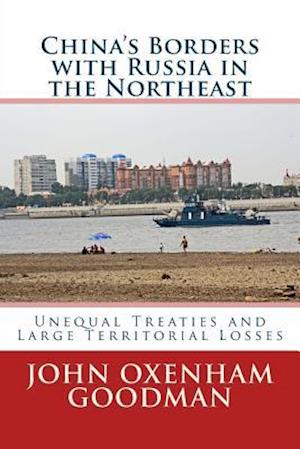 This book gives a brief history of the Northeast of China focused on the city of Shenyang from its founding in about 300 BC to the present. The roles of various competing ethnic groups are brought into focus until the time of the Qing Dynasty when great foreign powers start to play a part in the history of China's northeast. The British opium trade results in China's economic decline followed by the Opium Wars and China's loss of Hong Kong. Then the loss of half the Russian army in the Battle of Mukden (Shenyang) and two thirds of its fleet at the Battle of Tsushima in 1905 also come into the picture. Finally China is able to free itself from British and Japanese domination but is sadly unable to reclaim the territory taken by Russia. Repression and ethnic cleansing by the Russians in Hai-shen-wai (Vladivostok) is also described. So too is the Russian deportation and robbery of the 400,000 Japanese inhabitants of Ku-ye-dao (Sakhalin Island). The Russian policy of rape, vandalism and looting in Shenyang in 1945 is also part of this horrific scene as well as the pillaging of China's industrial equipment. The Japanese murder of 20,000 Chinese civilian in Port Arthur in 1894 and the killing of 30,000 Chinese Christian converts by the Boxers in 1900 are also covered together with the dreadful massacre of 5,000 Chinese men, women and children deliberately drowned in the Heilongjiang River by Russian Cossacks, police and local Russians in 1900. The 1929 Sino-Soviet Conflict in which 2,000 Chinese soldiers died is also included. These atrocities are precursors of Turkey's Armenian genocide (1915-1923) resulting in 1.5 million deaths, the Nanjing massacre of 1937 in which 300,000 died and the Nazi holocaust of World War II in which four or five million Jews were killed, followed by the nuclear bombing of Hiroshima and Nagasaki which claimed more than 200,000 lives. The failure of Stalin's policy of enticing thousands of unemployed Russian Jews to form a non-Chinese buffer zone next to the Chinese border (known otherwise as a Jewish Autonomous Region) is also covered. Last but not least is the brave and eventually successful attempt in 1979 by the People's Liberation Army to reclaim islands in the Ussuri River from the Russians at a cost of 71 Chinese lives. The author has provided four maps to illustrate some of these events and has written a summary of this sorry story with his own conclusions, predictions and recommendations as a final chapter. He hopes this book will help Americans and Europeans know what to expect in their dealings with Russia in the Ukraine and the Baltic as well as in Syria and East Asia. The rest of the book displays 106 coloured pictures taken by the author, mostly near Hunchun, Heihe and Aihui along China's north-eastern border with Russia. Other pictures show captured Russian field guns and a Russian railway station in the port city of Lu-shun-kou (formerly known as Port Arthur). The city of Dalian (called Dalniy by the Russians) also features in some of the author's photographs as well as the Imperial Palace of the early Qing Dynasty in Shenyang. Guard towers can be clearly seen on both sides of the border while hundreds of Russians cross the Heilongjiang River (Black Dragon River) on ferries to the Chinese side where they shop for affordable goods. Some pictures show Chinese residents of Heihe picnicking beside the river on its pebble beach and swimming in its dark waters while on the opposite bank a few Russians are doing the same. Photographs of museum displays in the border city of Aihui near Heihe show the signing of the unequal treaties. Pictures at the Memorial Hall for the 1938 Zhang Gu Feng Incident near the Tumen River are also included and so are relevant pictures in the museum at the Mountain Resort in Chengde City. John Oxenham Goodman has spent 7 years living in the northeast of China and has travelled extensively in most Chinese provinces taking pictures, doing research and writing notes.