- Two Decades of Reform and Change 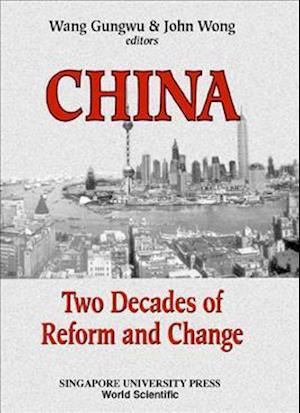 Since the start of reform two decades ago, China's economy has experienced spectacular growth. Today China has grown to be the world's seventh largest economy - or the world's second largest after the USA in terms of purchasing power parity. China's society and its political landscape have also been radically changed.This volume serves as a convenient handbook for both scholars and laymen to have a good overview of China's major developments and transformations in the political, economic, legal and social spheres since 1978. Such a review will be useful for appreciating the enormous problems that will challenge China in its next phase of transition.All in all, China has undoubtedly made impressive progress in most areas of reform in the past; but its remaining reform endeavour and future obstacles it has to face can be even more daunting.