China, the West and the Myth of New Public Management

- Neoliberalism and its Discontents 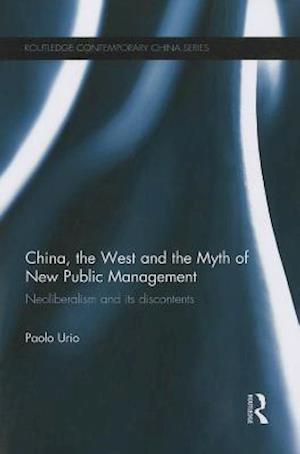 In the West, innovations in new public management (NPM) have been regarded as part of the neoliberal project, whilst in China, these reforms have emerged from a very different economic and social landscape. Despite these differences however, similar measures to those introduced in the West have been adopted by the Chinese state, which has largely abandoned the planned economy and adopted market mechanisms in the pursuit of improved economic efficiency and growth.Evaluating the results of these reforms in both China and the West between 1978 and 2011, this book shows that despite substantial improvements in economic efficiency in both cases under consideration, there have been considerable negative impacts on the distribution of wealth, access to public services, levels of poverty, public health, and the incidence of crime. Further, this book explores the different results of NPM in China and the West and the conclusions Paolo Urio draws have timely significance, as he suggests that China has been able to change its policies more rapidly and thus more effectively respond to the challenges posed by the current economic crisis. Drawing on both Western and Chinese sources, this innovative book compares the consequences of their public management reforms, taking into account the impact on both the economy and society. As such, this book will be of great interest to students and scholars working in the fields of Chinese studies, Asian studies, business, economics, strategic public management and comparative studies in capitalism and socialism.