- A Glimpse of China: Past and Present. Personal Observations with Political, Historical, Cultural, Current Events and T 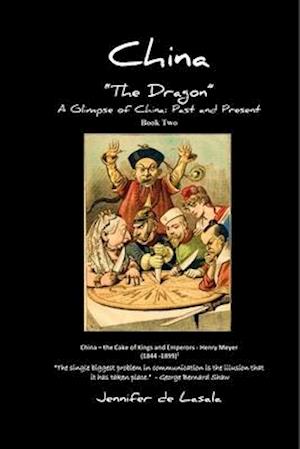 "Jennifer de Lasala's book opens with an excellent survey of China's history from its mythological beginnings to the death of Chairman Mao Zedong in 1976. However, it examines far more than the rises and falls of that country's past political, military and economic fortunes. The author's expertise in medicine and deep interest in spirituality and fine arts enable her to offer useful insights into Chinese healing methods, religion, and culture. She concludes with a timely overview of two of China's greatest current difficulties: wedding a capitalist economy to a Communist political system at home and exercising a foreign policy with the right balance between restraint and assertiveness in an increasingly dangerous world. De Lasala, who worked for several years as a English teacher in China, provides a wealth of information, some of it very controversial, on all these interesting and significant topics. Despite their complexity, readers never become bogged down in details owing to her lucid prose, thematic approach, and numerous signposts. This book is highly recommended to general readers, especially to those seeking an introductory guide to China past and present." Brian A. Jevons, PhD., Historian & Traveler"Sometimes a victim, sometimes a power, sometimes falling behind, yet returning to lead the way, China is a protagonist of human history in this book. Jennifer de Lasala's book is not an exhaustive study of China, as no single book can be, but if you use this book as a guide and follow the author's recommendations for future studies, this book can take you as far as you may like in any attempt to learn about China's past and understand what is happening to it in the present .It is true that history repeats itself, but what is also true is that history takes a very long time to play out. No national story can rival that of China for scope and influence on humanity. Jennifer's book will help you appreciate that story and teach you that wherever the story goes next, the whole world will be affected by it." Peter Lynch - Traveler and English Teacher.