China as a Leader of the World Economy

- Chow, G: China as a Leader of the World Economy 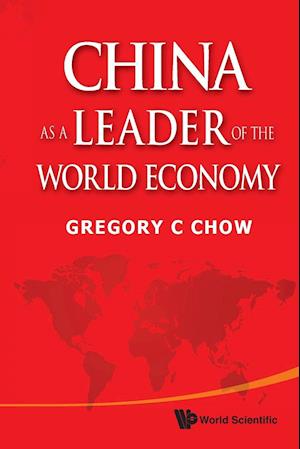 After the 1978 Economic Reform, China's economic development has been on a fast track ever since. Later on, the successful accession into the WTO in 2001 accelerated China's economic transformation and made it more integrated with the world. Today, as the second-largest economy in the world, China has earned herself a leading role on the world stage beyond dispute. This book provides readers with answers to why and how China functions as a leader in the world economy.This book surveys China's economy in four parts - economic institutions, economic problems, economic policies and economic analyses. It is based on the author's latest findings from his scholarly research on China's economy, his involvement with China's economic reform and development, and his personal contacts with Chinese academics, entrepreneurs, government officials and ordinary citizens for over thirty years. The book is written in a style accessible to the general readers, since most chapters are based on articles published in three major Chinese newspapers, of which the author is a columnist. It can also serve as a reference book for professionals, an authoritative guide for general readers and a supplementary text for university students. The author uses it as a supplementary text for his course on the Chinese economy at Princeton University.

Forfattere
Bibliotekernes beskrivelse Provides answers to why and how China functions as a leader in the world economy. This book surveys China's economy in four parts - economic institutions, economic problems, important economic policies and selective economic analysis, including issues like revaluation of the Reminbi, and, China's high inflation rate.