Childhood and the Classics 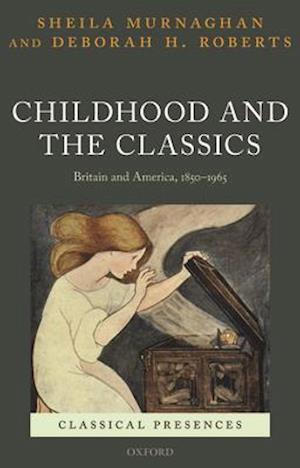 The dissemination of classical material to children has long been a major form of popularization with far-reaching effects, although until very recently it has received almost no attention within the growing field of classical reception studies. This volume explores the ways in which children encountered the world of ancient Greece and Rome in Britain and the United States over a century-long period beginning in the 1850s, as well as adults' literary responses totheir own childhood encounters with antiquity. Rather than discussing the role of classics in education, it focuses on books read for enjoyment, and on two genres of children's literature in particular: the myth collection and the historical novel. The tradition of myths retold as children's stories istraced in the work of writers and illustrators from Nathaniel Hawthorne and Charles Kingsley to Roger Lancelyn Green and Ingri and Edgar Parin D'Aulaire, while the discussion of historical fiction focuses particularly on the roles of nationality and gender in the construction of an ancient world for modern children. The book concludes with an investigation of the connections between childhood and antiquity made by writers for adults, including James Joyce, Virginia Woolf, and H.D. Recognitionof the fundamental role in children's literature of adults' ideas about what children want or need is balanced throughout by attention to the ways in which child readers have made such works their own. The formative experiences of antiquity discussed throughout help to explain why despite growinguncertainty about the appeal of antiquity to modern children, the classical past remains perennially interesting and inspiring.

Forfattere
Bibliotekernes beskrivelse The dissemination of classical material to children has long been a major form of popularization with far-reaching effects. This volume explores the reception of classical antiquity in childhood from the mid-nineteenth to the mid-twentieth centuries in Britain and the United States, focusing on myth and historical fiction in particular. 17 black-and-white illustrations and 8 colour plates