Chiefdoms, Collapse, and Coalescence in the Early American South

- Beck, R: Chiefdoms, Collapse, and Coalescence in the Early A 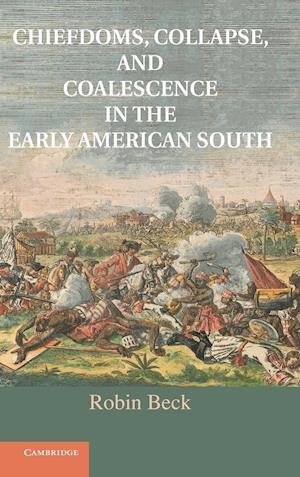 This book provides a new conceptual framework for understanding how the Indian nations of the early American South emerged from the ruins of a precolonial, Mississippian world. A broad regional synthesis that ranges over much of the Eastern Woodlands, its focus is on the Indians of the Carolina Piedmont - the Catawbas and their neighbors - from 1400 to 1725. Using an 'eventful' approach to social change, Robin Beck argues that the collapse of the Mississippian world was fundamentally a transformation of political economy, from one built on maize to one of guns, slaves and hides. The story takes us from first encounters through the rise of the Indian slave trade and the scourge of disease to the wars that shook the American South in the early 1700s. Yet the book's focus remains on the Catawbas, drawing on their experiences in a violent, unstable landscape to develop a comparative perspective on structural continuity and change.

Forfattere
Bibliotekernes beskrivelse Robin Beck uses a range of archaeological and documentary evidence to offer a new perspective on how Indian nations in the early American South rebuilt their political and social organizations from the ruins of the precolonial world. It is the first book to explain how and why this transformation unfolded in the specific way that it did. 2 Tables, unspecified; 21 Maps; 14 Halftones, unspecified; 14 Halftones, black and white; 8 Line drawings, black and white