Chicken Ain't Got a Chance! 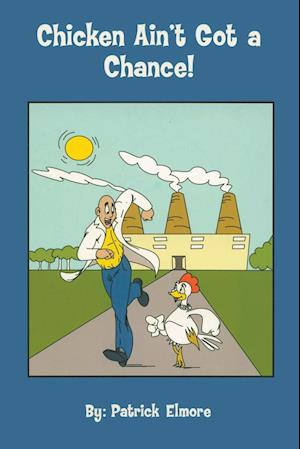 Being raised on the Cookachick Chicken Farm was an honor. It was deemed through its numerous chicken contest winnings. Chef Cookachick was envied and feared both within and beyond the cooking community. Yet each year he craved a more self-pronouncing number-one chef's award—one that outdid the previous years' award. Excitement was in the air. His most prized possession, Chickia, was being pampered and prepared for the big evening. Although she had no idea, she knew that what she had been told was not the truth. She had no idea that today was the day that she would become a chicken dinner. Fortunately for her, Inspector Little was not going to let that happen. According to Little, you can't cook what you can't catch. He would have to help her escape without it looking like he helped her.

The Cookachick Factory was a very dangerous place, especially for a helpless little chicken. But if he could get her quickly and safely off the property, she'd stand a better chance of making it somewhat by herself. For now the challenge was gonna be convincing her that there was even a need to escape. Chickia believed everything Cookachick told her, and his stories were always the truth, or so he said...