- The Tides of Fortune 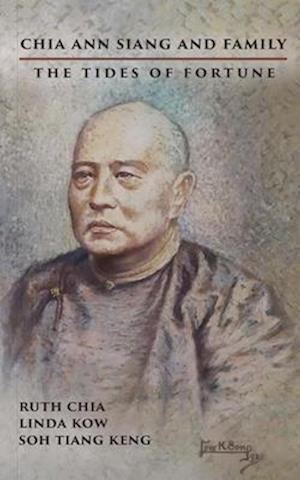 Chia Ann Siang was once one of Singapore's wealthiest landowners and merchants. His name lives on today in Ann Siang Hill in Chinatown, but little else is known about him, particularly his private life. This illuminating new book paints the most detailed portrait to date of his life and times in colonial Singapore and traces the changing fortunes of the Chia clan through the years. Born in Malacca in 1834, Chia joined Boustead and Co., an English trading company in Singapore, as a storekeeper at the age of 16. In just six years, he was made Chief Storekeeper, and was able to buy himself a house at 58 Telok Ayer Street (and another one on Amoy Street for good measure). An astute property investor, Chia continued to acquire much real estate in the course of his life; by 1919, he owned more than 70 houses in Chinatown. In 1873, he purchased a large piece of land from John Gemmill, which soon became known officially as Ann Siang Hill. Chia Ann Siang died in 1892, leaving a fortune that supported two generations and educated a third. This book looks at the disparate fortunes of his descendants, including a son he disinherited for marrying against his wishes, and a daughter whose marriage brought two wealthy families together. Far more than a biography, this book tells the fascinating story of more than seven generations of Straits Chinese, from Chia's grandfather's emigration from Fujian to Malacca in 1774, right up to the present day.

Forfattere
Bibliotekernes beskrivelse First detailed account of the life of one of Singapore's pioneers - a landowner, merchant and philanthropist. Vividly portrays the life of a Peranakan Chinese clan across more than 200 years.