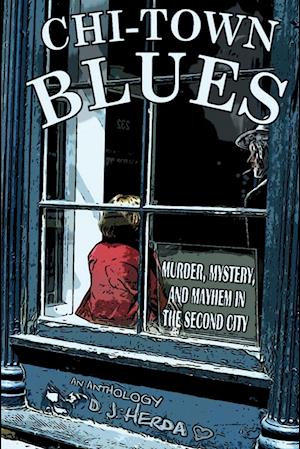 A shady landlady with a half-dozen skips on her hands, a suburban contractor in the Mob's cross-hairs, a nearly frozen fisherman with a sloe-eyed, murderous blonde to heat things up. From the wealthy Near North Side and the chimera of Rush Street to the city's plebeian suburbs, here's a cross-section of Chi-Town's most secretive, seductive, and seditious characters.

All the cops, dicks, cons, dames, skirts, and criminals whose paths a living body could ever hope to cross-or not!-appear in this whimsical, haunting, riveting, and erotically charged neo-noir. From Crime and Punishment to Humor, Spirituality, and Redemption, this is life as it used to be in the Second City.

Uncover the real Chicago at the hands of a native Chicagoan whose latest book brims with mystery around every aging brownstone-and mayhem atop each spiraling staircase. Uncover the Second City's unique brand of crime and criminals in D. J. Herda's CHI-TOWN BLUES.