- The Essential Guide for Beginners to Win a Game of Chess Through Strategy, Theory and Practice from the Very First Move 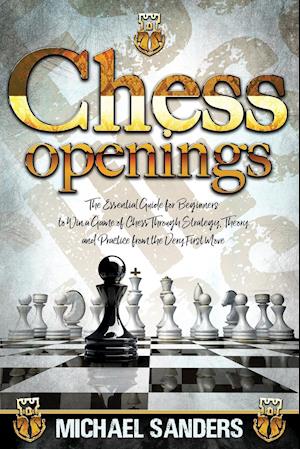 It's the very first move of a chess game that can determine who wins and who loses.

If you don't know the essential chess openings like the Queen's Gambit, Sicilian, or Ruy Lopez, then your chances of winning a game of chess are much lower.

Become a better chess player after reading Chess Openings and learning the proven strategies and techniques used by some of the most successful chess players in the world.

Perfect for beginners and chess enthusiasts, this book contains everything you need to know about making a strategic first move when playing chess.

As you win game after game, your friends and opponents will become intimidated by your intelligence - therefore putting you into an exclusive and elite group of people.

With this guide in your hands, you will:

Chess is an elite game that not many people know how to play - but it is becoming more popular.

If you want to be part of an elite group of people who know how to play this ancient and sophisticated game, then you must read Chess Openings.

Are you ready to start winning more chess games and understand the game even better?

...Then Order Your Copy of the Guide and Start Playing Today