Cherenkov Reflections: Gamma-ray Imaging And The Evolution Of Tev Astronomy

- Gamma-Ray Imaging and the Evolution of TeV Astronomy 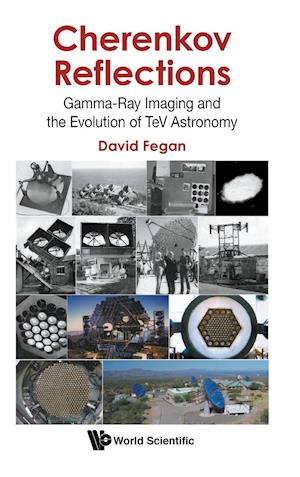 'This book is recommended to those interested in knowing how TeV astronomy began, evolved, and remains a growth area.The author has captured the difficulties of being a pioneer, amply demonstrating the need to keep the faith and work the problem until you succeed. Cherenkov telescopes are now in operation around the world, and at the dawn of the CTA era TeV astronomy has a lot of evolving still to do.'The ObservatoryThis book documents how TeV gamma-ray astronomy painstakingly emerged from 20th century traditional cosmic-ray physics to become a keystone feature of contemporary high-energy astrophysics, fundamental to our understanding of high-energy cosmic processes and interactions. Contemporary TeV observations are based on the Imaging Atmospheric Cherenkov Technique and in excess of two hundred individual galactic and extra-galactic gamma-ray sources have now been discovered and studied in detail.The book tells the story from the perspective of the Whipple Observatory collaboration, pioneers of the imaging technique. At the same time, parallel developments by the broader community are constantly referenced, discussed and evaluated, mainly in the TeV energy regime but also where relevant at PeV energies. The narrative traces the contributions of many important participants active in the field since the mid-1950s and critically evaluates and provides commentary on the progress of research until the first sources were established beyond doubt, during the late 1980s and early 1990s. The final chapter presents a short summary of the contemporary status of TeV gamma-ray astronomy.Written predominantly from a historical perspective, the author guides readers through many decades of instrumental development and evolution, using only minimal mathematical background. This book will appeal to astrophysicists, particle physicists, traditional optical and radio astronomers, as well as others working across a variety of related cognate disciplines. It should be of interest and value to graduate students involved with contemporary fourth-generation TeV research programs such as CTA (Cherenkov Telescope Array).

Forfattere
Bibliotekernes beskrivelse TeV gamma-ray astronomy is a mature and highly successful discipline with more than 200 established TeV point sources, many of which have been individually probed and studied in great detail. Much of the observational work is done using the now well-established imaging atmospheric Cherenkov technique.