- Around the World in 80 Toasts 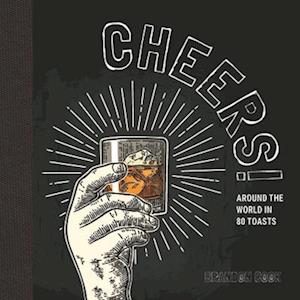 No matter what country you clink glasses in, everyone has a word for cheers. In Cheers Around the World in 80 Toasts, Brandon Cook takes readers on a whirlwind trip through languages from Estonian to Elvish and everywhere in between. Need to know how to toast in Tagalog? Say "bottoms up" in Basque? "Down the hatch" in Hungarian? Cook teaches readers how to toast in 80 languages and includes drinking traditions, historical facts, and strange linguistic phenomena for each. Sweden, for instance, has a drinking song that taunts an uppity garden gnome, while Turkey brandishes words like Avrupalılaştıramadıklarımızdanmışsınızcasına. And the most valuable liquor brand in the world isn't Johnny Walker or Hennessey, but Maotai--President Nixon's liquor of choice when he visited China.

Whether you're traveling the globe or the beer aisle, Cheers will show you there's a world of fun waiting for you. So raise a glass and begin exploring