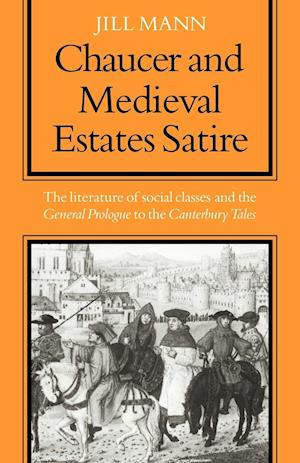 This book is an attempt to discover the origins and significance of the General Prologue-to the Canterbury Tales. The interest of such an inquiry is many-sided. On the one hand, it throws light on the question of whether `life' or 'literature' was Chaucer's model in this work, on the relationship between Chaucer's twenty-odd pilgrims and the structure of medieval society, and on the role of their `estate' in determining the elements of which Chaucer composes their portraits. On the other hand, it makes suggestions about the ways in which Chaucer convinces us of the individuality of his pilgrims, about the nature of his irony, and the kind of moral standards implicit in the Prologue. This book suggests that Chaucer is ironically substituting for the traditional moral view of social structure a vision of a world where morality becomes as specialised to the individual as his work-life.