Chasing the King of the Mountains 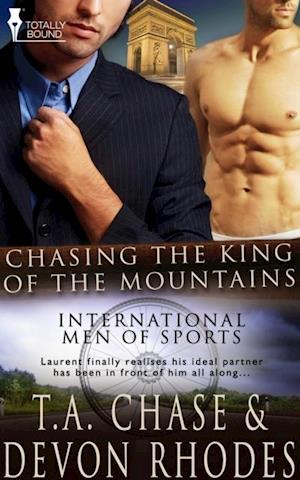 Pascal might be chasing the title of King of the Mountains, but will he realise in time that Laurent is chasing him? Pascal Durant, one of the best mountain riders in the cycling world, was about to finally win his first polka-dot jersey denoting him King of the Mountains in the Tour de France. Then he suffered a horrific accident that left him unable to complete the race. In his forties and fighting chronic injuries, he knows he only has one more shot at the top. Laurent Desrochers, an internationally known reporter, hears about his dear friend's crash and watches a moving viral video of Pascal, bloodied yet unbowed, congratulating the winner. When Pascal tells him he's going to do the Tour one last time, Laurent decides to convince his network to let him follow Pascal on his quest. Friends for a decade, they had never thought of the other as more. Pascal's focus on his sport and poor taste in men has never produced a long-term relationship. And Laurent's constant travel causes a rift between him and his fiancA(c) Jan that proves insurmountable. Laurent finally realises his ideal partner has been in front of him all along. Can he pull Pascal's focus from his goal long enough for him to know he's being chased...and let Laurent catch him?