- The Principles Behind Winning Football the De La Salle Way 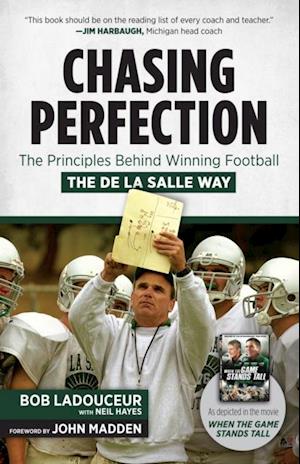 A coaching legend shares techniques, philosophies, and team-building exercises applicable beyond the playing field In 1979, when Bob Ladouceur took over the head football coaching job at De La Salle high school, the program had never once had a winning season. By the time he stepped down in 2013 and after posting an unprecedented 399--25--3 record, De La Salle was regarded as one of the great dynasties in the history of high school football. In When the Game Stands Tall: Coaches' Playbook , Ladouceur shares, for the first time, the coaching philosophies he employed at De La Salle. Far more than a book on the Xs and Os of football, this resource focuses on how Ladouceur created a culture based on accountability, work ethic, humility, and commitment that made his teams greater than the sum of their parts. This book not only include details on the nuances of the game and the techniques that made the Spartans the most celebrated high school football team in history, it also has chapters on creating what Ladouceur calls an 'authentic team experience,' which include lessons as valuable in a board room as in a locker room.