- Love in the Arizona Territory 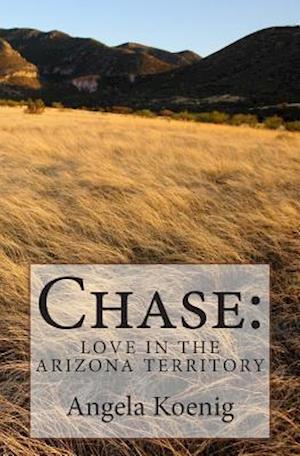 Chase McKinley had left the comfortable home she had always known in Tennessee and traded it for a life in the Arizona Territory. Fleeing a turbulent past and a notorious outlaw that wanted her dead, she hoped she could find a new beginning far away from her childhood home. What she didn't expect was that her brother would follow her. She also didn't expect to find love in this rugged life. Courted by a handsome man named Preston and an Indian Chief, Chase has to choose between a life of security or one of love and happiness. Chase had tried to escape civilized society and did not want to stay a part of it any more than she had to. She secretly yearned to live the simple life of an Indian. In her mind she felt that loving an Apache Chief was one of the most wonderful things that could have happened to her but others did not agree. She had to worry about the towns people, the other tribe members, and most of all Carl Kingsman. Will Chase follow reason or her heart? Will Chase choose the love of an Apache Chief over wealthy landowner Preston Macon? Will the townspeople accept a love between Chase and an Indian? What will the tribe do when they learn of their Chief and his secret lover? Will Chase's past with the outlaw Carl Kingsman catch up with her before any of these questions can be answered? Why not join our characters in this action and romance packed adventure to Chase: Love in the Arizona Territory.