- With the Register of its House at Dunbrody, and Annals of Ireland (Volume 1) 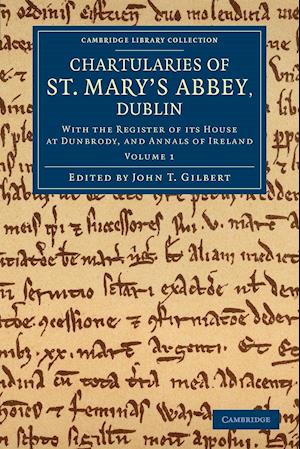 John Thomas Gilbert (1829-98), historian and antiquary, was for thirty-four years librarian of the Royal Irish Academy. It was during this time, in 1884, that his two-volume edition of these chartularies, registers and annals was originally published as part of the Rolls Series. Volume 1 comprises the abbey's two chartularies - two of only three surviving Cistercian chartularies from Ireland. Of the nearly 600 items, all are in the original Latin except for one (in English). A helpful summary of the contents and English side-notes throughout make the work easier to navigate. In his preface, Gilbert describes the condition and appearance of the manuscripts, traces their ownership and offers a detailed explanation of their contents. Although his work as a historian was thought by the scholar C. L. Falkiner to have retained only limited value, 'his achievements as archivist and editor have endured'.

Forfattere
Bibliotekernes beskrivelse John Thomas Gilbert (1829-98), historian and antiquary, was for thirty-four years librarian of the Royal Irish Academy. His two-volume edition of chartularies, registers and annals was first published in 1884. With documents dating from across the medieval period, it represents an important source for Ireland's ecclesiastical history. 1 Plates, color