Charming! - If the glass slipper fits...

- If the Glass Slipper Fits 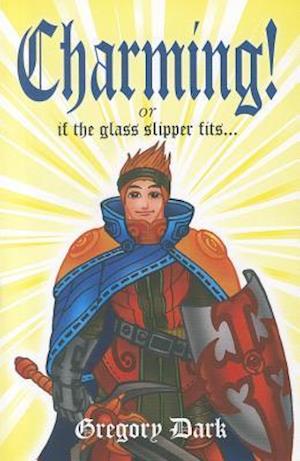 It's the story they didn't want you to hear! Finally Prince Charming talks! In his time, the man was a cross between James Bond and Nelson Mandela. And yet what do we know about him? That his name is Prince Charming and that he fits a mean glass slipper! That's it. For generations Prince Charming has been Dr Watson to the Holmes of Cinderella and maybe even Charles to Diana. He was an amalgam of Jack Kennedy and Tom Sawyer, Spartacus and Jim Hawkins, John Lennon and Mr D'Arcy. Far from being the anodyne and lifeless character of legend, the Prince was a wild and fascinating man, whose often paradoxical character was forged in a youth crammed with intrigue and adventure. And love? Well, yes, there was some love; even (shock, horror!) some other girlfriends before Cinderella. But the romance of "Charming!" is one in the broader sense of the word: a romantic novel set in times considerably less romantic than they have been portrayed. Is there something familiar about those times? Something even contemporary? Well, if the glass slipper fits.