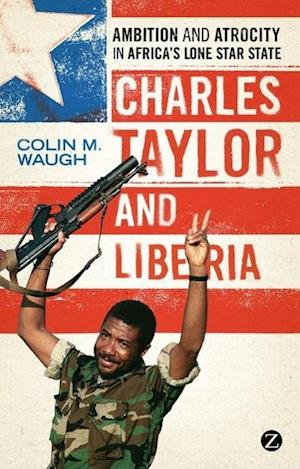 Campaigner, insurgent, fugitive, rebel commander, commodity kingpin, elected president, exile and finally prisoner, Charles Taylor sought to lead his country to change but instead ignited a conflict which destroyed Liberia in over a decade of violence, greed and personal ambition. Taylor's takeover threw much of the neigbouring region into turmoil, until he was finally brought to face justice in The Hague for his role in Sierra Leone's civil war.In this remarkable and eye-opening book, Colin Waugh draws on a variety of sources, testimonies and original interviews - including with Taylor himself - to recount the story of what really happened during these turbulent years. In doing so, he examines both the life of Charles Taylor, as well as the often self-interested efforts of the international community to first save Liberia from disaster, then, having failed to do so, to bring to justice the man it deems most to blame for its disintegration.

Forfattere
Bibliotekernes beskrivelse This book looks at the efforts of the West and the international community to bring to justice one of those whom it deems to be most to blame for the turmoil.