Charles Robert Cockerell in the Mediterranean - Letters and Travels, 1810-1817 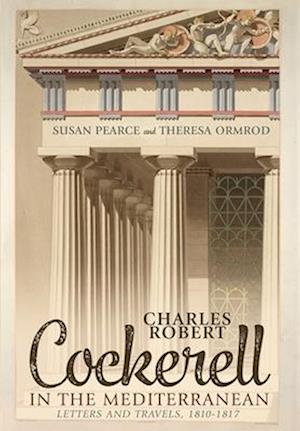 Charles R. Cockerell (1788-1863) was one of the most significant nineteenth-century British architects and a major player in the cultural shift from the Georgian eighteenth to the Victorian nineteenth century. Cockerell's travels in the eastern Mediterranean between 1810 and 1817 were the formative experience of his life. His forty letters from this period, held in the archives of the Royal Institute of British Architects and published here for the first time, give crucial day-to-day insights into his actions, thoughts and feelings in relation to the intricate histories of the re-discovery and sales of the Aegina and Bassae marbles and, equally importantly, illuminate his hugely significant work on temple architecture and sculpture in mainland Greece, the great cities of Asia Minor, and the significant temples of Sicily. Drawing on these letters, and on some 150 unpublished letters sent by his friends while they were all in Greece and now held in the British Museum, this book elucidates what Cockerell did and why by analyzing his methods of work and their significance. It discusses Cockerell's aesthetic and conceptual development during his time abroad, particularly his influential part in the changing vision of Greek sculpture and architecture, from Winkelmann's static ideal to one rooted in dramatic tension and contextual contingency. The book unravels the emergence of Cockerell's crucial historical perspective and shows how he arrived at a new view of the ancient Greek past as made up of real lived lives, rather than just existing as a back drop to the present. By offering a complete edition of the RIBA letters, this book fills a significant gap in our understanding of the thought and work of one of the formative spirits of nineteenth century visual historical culture. SUSAN PEARCE is Professor Emeritus of Museum Studies, University of Leicester. THERESA ORMROD has extensive experience in archival research, manuscript transcription and editing.

Forfattere
Bibliotekernes beskrivelse Charles R. Cockerell (1788-1863) was one of the most significant nineteenth-century British architects and a major player in the cultural shift from the Georgian eighteenth to the Victorian nineteenth century.