Charles Mackay's Extraordinary Popular Delusions and the Madness of Crowds

- A modern-day interpretation of a finance classic 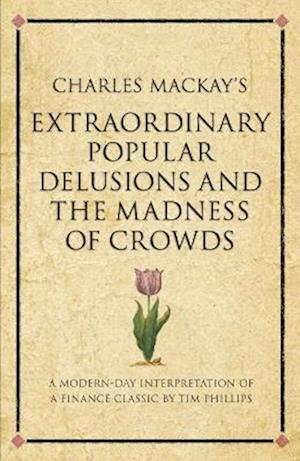 First published in 1841, Charles Mackay's Extraordinary Popular Delusions and the Madness of Crowds, with its vivid descriptions of celebrated financial manias ('bubbles'), is often cited as the most powerful book ever written about market psychology. Mackay chronicles many celebrated bubbles to demonstrate his assertion that "every age has its peculiar folly; some scheme, project, or fantasy into which it plunges, spurred on by the love of gain, the necessity of excitement, or the mere force of imitation." Nobody can doubt that this still holds fast in the twenty-first century. Among the bubbles described by Mackay is the infamous Dutch tulip mania, the South Sea Company bubble and the Mississippi Company bubble. And what do bubbles do? Why they burst of course. Tim Phillips' brilliant interpretation of Mackay's pioneering book illustrates the enduring nature of crowd behaviour with twenty-first century examples. Inside this entertaining book you'll discover:* The merits of differentiation versus imitation;* What 'groupthink' means, and how to avoid it;* The importance of following your own ideas and straying from 'the pack'.The 'burst bubbles' Mackay described 170 years ago, and the the mass speculation and greed that fuels them, are with us as much today as they were then. This book is not a substitute for Mackay's original. Its purpose is simply to illustrate the timeless nature of Mackay's insights by bringing them to life with modern market and political examples. Phillips' interpretation of Mackay's book is an inspiring update of a pioneering work of market psychology.