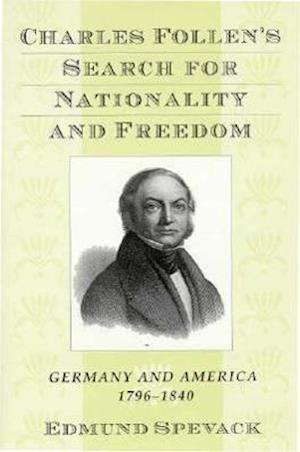 This unique account of the life of German nationalist and revolutionary Charles Follen opens a window on several worlds during the first half of the nineteenth century. Seldom does one biography embrace so many important historical issues and events.Trained as a lawyer in his native Germany, Follen was involved in student nationalism, eventually turning to revolutionary Jacobinism. He fled to Switzerland in 1819 after conspiring in the first political murder of modern German history--the assassination of the playwright August von Kotzebue. In Switzerland, Follen secretly continued activities for revolutionizing Germany. When his plans were discovered in 1824, he fled to America. For ten years, Follen taught at Harvard; he was the first professor of German literature at an American institution of higher learning. He played a central role in the early importation of German ideas to New England, contributing to the fields of literature, philosophy, and theology. His marriage to Eliza Lee Cabot allowed him to move in elite Boston social circles. After his ordination as a Unitarian minister in 1836, Follen combined his interest in social reform (including an ardent devotion to the antislavery movement) with clerical service. Unitarian leader William Ellery Channingand abolitionist William Lloyd Garrison became Follen's close friends.During the last two years of his life, Follen began to doubt his own power to bring about political change and suffered a crisis in self-confidence before his accidental death at the age of forty-three.

Forfattere
Bibliotekernes beskrivelse This unique account of the life of Charles Follen--German nationalist and revolutionary, Harvard professor, Unitarian minister, and abolitionist--opens a window on several worlds during the first half of the nineteenth century. 1 line illustration