indgår i serie Evolutionary Biology New Perspectives on its Development 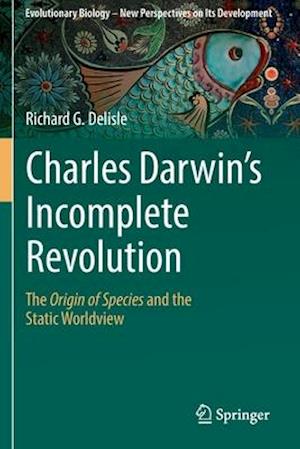 This book offers a thorough reanalysis of Charles Darwin's Origin of Species, which for many people represents the work that alone gave rise to evolutionism. Of course, scholars today know better than that. Yet, few resist the temptation of turning to the Origin in order to support it or reject it in light of their own work. Apparently, Darwin fills the mythical role of a founding figure that must either be invoked or repudiated. The book is an invitation to move beyond what is currently expected of Darwin's magnum opus. Once the rhetorical varnish of Darwin's discourses is removed, one discovers a work of remarkably indecisive conclusions. The book comprises two main theses:(1) The Origin of Species never remotely achieved the theoretical unity to which it is often credited. Rather, Darwin was overwhelmed by a host of phenomena that could not fit into his narrow conceptual framework.(2) In the Origin of Species, Darwin failed at completing the full conversion to evolutionism. Carrying many ill-designed intellectual tools of the 17th and 18th centuries, Darwin merely promoted a special brand of evolutionism, one that prevented him from taking the decisive steps toward an open and modern evolutionism.It makes an interesting read for biologists, historians and philosophers alike.