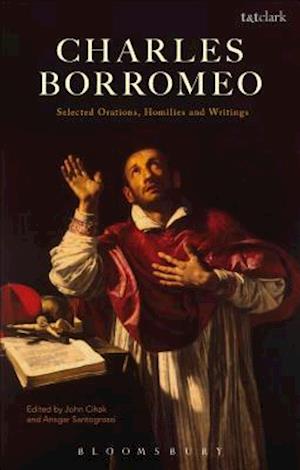 Charles Borromeo (1538-1584) became the driving force of reform within the Catholic Church in the wake of the Council of Trent following the Protestant Reformation and the primary reason Trent's dramatic reforms were successful. His remarkable accomplishments in Milan as Archbishop became the model of reform for the rest of Western Europe. Change is never easy, but St. Charles' approach - deeply biblical, personal, practical and centered on Christ - offers a road map of reform, even for today. Now for the first time in over 400 years a significant selection of his works appears in the English language.Chapter 1 offers three orations that St Charles gave as Archbishop of Milan to the other Bishops. These texts were among those that Pope Paul VI sent out to the Bishops of the world in 1963 during Vatican II. Chapter 2 contains a selection of homilies on the Eucharist and is followed by a collection of texts that treat the reform of the clergy. The final chapter presents Borromeo's efforts at mobilizing the laity in their own reform.This translation is intended to be faithful to Borromeo's Latin or Italian texts rendered into contemporary English.