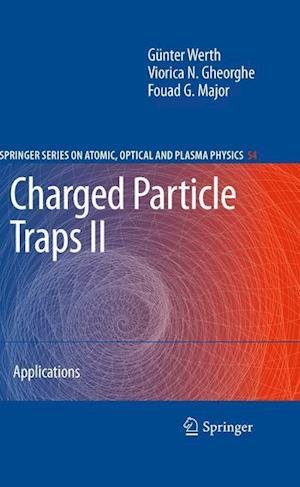 This second volume of the Charged Particle Traps deals with the rapidly expanding body of research exploiting the electromagnetic con?nement of ions, whose principles and techniques were the subject of volume I. These applications include revolutionary advances in diverse ?elds, ranging from such practical ?elds as mass spectrometry, to the establishment of an ult- stable standard of frequency and the emergent ?eld of quantum computing made possible by the observation of the quantum behavior of laser-cooled con?nedions. Bothexperimentalandtheoreticalactivity intheseapplications has proliferated widely, and the number of diverse articles in the literature on its many facets has reached the point where it is useful to distill and organize the published work in a uni?ed volume that de?nes the current status of the ?eld. As explained in volume I, the technique of con?ning charged particles in suitable electromagnetic ?elds was initially conceived by W. Paul as a thr- dimensional version of his rf quadrupole mass ?lter. Its ?rst application to rf spectroscopy on atomic ions was completed in H. G. Dehmelt's laboratory where notable work was later done on the free electron using the Penning trap. The further exploitation of these devices has followed more or less - dependently along the two initial broad areas: mass spectrometry and high resolution spectroscopy. In volume I a detailed account is given of the theory of operation and experimental techniques of the various forms of Paul and Penning ion traps.