- The Insider's Guide to Screenwriting 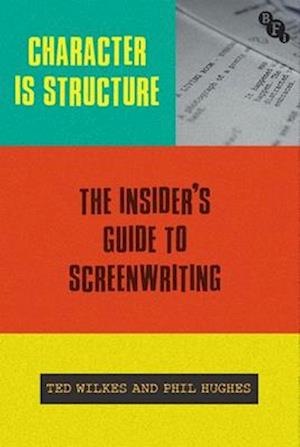 This book seeks to reshape the way that writers think about constructing their story, looking at the subject from the inside out. Often practitioners and theorists examine work through the separate lenses of character and/or structure and then bring them together. Within this book, authors Hughes and Wilkes argue that character is structure and one without the other makes for a dissatisfying narrative.Through detailed case studies on films that span all genres, from mainstream franchises like The Hunger Games (2012-2015) and Shrek (2001-2010) to art house films such as Toto Le Heros (1991) and Eraserhead (1977), the authors reveal the dramatic imperative behind the central choices or dilemmas faced by every protagonist in every classic feature length narrative. They argue there is only one of five choices that any writer must make in inventing that key transition from the protagonist's ordinary world into the adventure that will form the heart of their story.Using the universal language of folk and fairy stories, this book gives writers and students a clear framework through which they can reference and improve their own storytelling. In doing so, it enables both the novice and experienced screenwriter to tell their story in the most authentic and impactful way, while keeping their protagonist at the heart of the narrative.