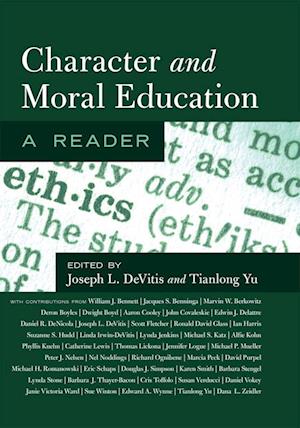 This book has received the AESA (American Educational Studies Association) Critics Choice Award 2012. Against a formidable national discourse that emphasizes academic standardization, accountability, and high-stakes testing in educational policy, Character and Moral Education: A Reader seeks to re-introduce and revive the moral mission of education in public conversation and practices in America's schools. With contributions from a prominent array of scholars and practitioners, the book critically analyzes moral education, broadly defined as both an academic field that attempts to develop moral human beings, and as a principled discourse aimed at creating ethical educational policies and practices. With theoretical rigor and practical wisdom, this volume offers diverse and cutting-edge scholarship on character and moral education in 21st-century schools. This timely and important book will appeal to all those concerned with both the ethical well-being of today's students, and the school's responsibility to prepare individuals to lead moral lives in the future.