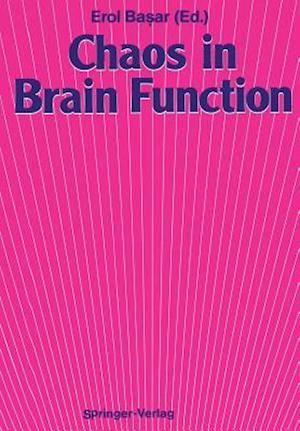 The analysis of deterministic chaos is currently an active field in many branches of research. Mathematically all nonlinear dynamical systems with more than two degrees of freedom can generate chaos, becoming unpredictable over a longer time scale. The brain is a nonlinear system par excellence. Accordingly, the concepts of chaotic dynamics have found, in the last five years, an important application in research on compound electrical activity of the brain. The present volume seeks to cover most of the relevant studies in the newly emerging field of chaotic attractors in the brain. This volume is essentially a selection and reorganization of contri butions from the first two volumes in the Springer Series in Brain Dynamics, which were based on conferences held in 1985 and 1987 in Berlin. It also includes (a) a survey of progress in the recording of evoked oscillations of the brain both at the cellular and EEG levels and (b) an agenda for research on chaotic dynamics. Although the first publications pointing out evidence of chaotic behavior of the EEG did not appear until the beginning of 1985, the presence of the pioneering scientists in this field gave the participants at the first conference (volume 1) a strong impulse toward this field. For me, as conference organizer, having been for a long time active in nonlinear EEG research, the integration of this topic was self-evident; however, the enthusiasm of the conference participants was greater than expected.