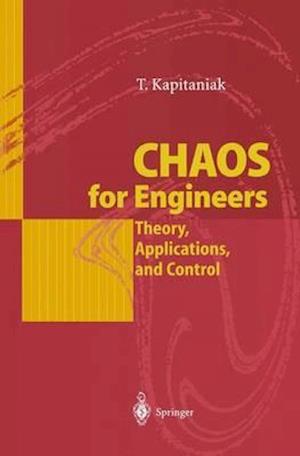 Chaos occurs widely in engineering and natural systems. Historically it has been noted only as irregular or unpredictable behaviour and often attributed to random external influences. Further studies have shown that chaotic phenomena are completely deterministic and characteristic for typical nonlinear systems. These studies posed the question of the practical applications of chaos. One of the possible answers is to control chaotic behaviour in such a way as to make it predictable. Recently there have been examples of the potential usefulness of chaotic behaviour and this has caused growing interest among engineers and applied scientists. In this book the new mathematical ideas in nonlinear dynamics are described such that engineers can apply them in real physical systems.

Forfattere
Bibliotekernes beskrivelse Recent mathematical ideas in nonlinear dynamics are described in this text in order that engineers might apply them in real physical systems. Central to this is the application of chaos theory. Examples to illustrate the mathematical tools and problems are included. black & white illustrations