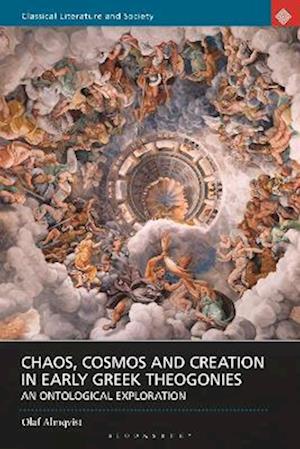 Cosmological narratives like the creation story in the book of Genesis or the modern Big Bang are popularly understood to be descriptions of how the universe was created. However, cosmologies also say a great deal more. Indeed, the majority of cosmologies, ancient and modern, explore not simply how the world was made but how humans relate to their surrounding environment and the often thin line which separates humans from gods and animals. Combining approaches from classical studies, anthropology, and philosophy, this book studies three competing cosmologies of the early Greek world: Hesiod's Theogony; the Orphic Derveni theogony; and Protagoras' creation myth in Plato's eponymous dialogue. Although all three cosmologies are part of a single mythic tradition and feature a number of similar events and characters, Olaf Almqvist argues they offer very different answers to an ongoing debate on what it is to be human. Engaging closely with the ontological turn in anthropology and in particular with the work of Philippe Descola, this book outlines three key sets of ontological assumptions analogism, pantheism, and naturalism found in early Greek literature and explores how these competing ontological assumptions result in contrasting attitudes to rituals such as prayer and sacrifice.