- After the Arab Spring 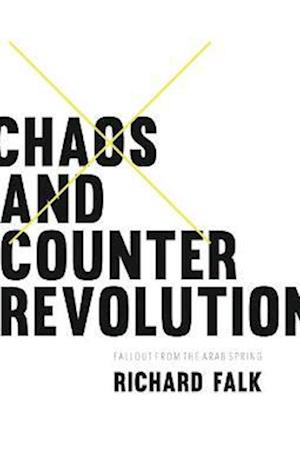 The Arab Spring has consistently confounded expectations. While many in the West believed that the uprisings would usher in a new age of liberal, secular democracy in the Middle East, in reality their outcomes have proven to be both complex and contradictory. Most ominously, many countries have already experienced a dramatic counterrevolution, in the form of renewed dictatorship, while others have simply descended into chaos and internal conflict.Richard Falk, a distinguished scholar of international law and former UN Rapporteur on Palestine, has been writing on the Arab Spring since its inception in 2011. Chaos and Counterrevolution brings together his collected writings on the uprisings and their aftermath across the region, and offers a unique perspective on these momentous events.Through essays whose subjects range from the Syrian civil war and the emergence of ISIS to the coup in Egypt and the Gezi Park protests in Turkey, Falk explores how and why the Arab Spring has drifted so far from its original goals, and demonstrates how the West has exacerbated the problem through inept and counterproductive interventionism. Chaos and Counterrevolution provides invaluable insight into what has already become one of the defining episodes of our age.

Forfattere
Bibliotekernes beskrivelse This collection of Richard Falk's writings provides unique insight into the momentous events of the Arab Spring, examining how the uprisings came to lose their way.