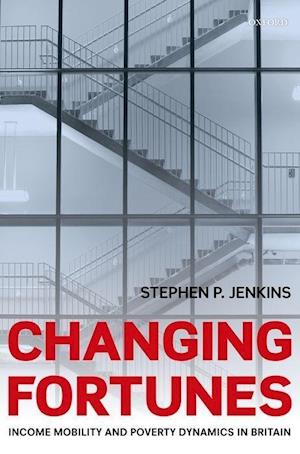 Most information about the incomes of people in Britain today, such as provided by official statistics, tells us how much inequality there is or how many poor people there are in a given year and compares those numbers with the corresponding statistics from the previous year. Missing from snapshot pictures like these is information about whether the people who were poor one year are the same people who are poor the following year; and the circumstances of those withmiddle-income or top-income origins are not tracked over time. This book fills in the missing information. The author likens Britain's income distribution to a multi-story apartment building with the numbers of residents on the different floors corresponding to the concentration of people atdifferent income levels in any particular year. The poorest are in the basement, the richest are in the penthouse, and the majority somewhere in between. This book assesses how much movement there is between floors, the frequency of moves, whether the distance travelled has been changing over the last two decades, and whether basement dwellers ever reach the penthouse. Using the British Household Panel Survey, which has followed and interviewed the same people annually since 1991, it documentsthe patterns of income mobility and poverty dynamics in Britain, shows how they have changed over the last two decades, and explores the reasons why. It draws attention to the relationships between changes in income and changes in other aspects of people's lives - not only in their jobs, earnings,benefits, and credits, but also in the households within which they live (people marry and divorce; children are born). Trends over time are also related to changes in Britain's labour market and the reforms to the tax-benefit system introduced by the Labour government in the late-1990s.

Forfattere
Bibliotekernes beskrivelse This book documents the patterns of income mobility and poverty dynamics in Britain and how they have changed over the last two decades. It draws attention to the relationships between changes in income and in other aspects of people's lives - not only in their jobs, earnings, benefits and credits, but also in the households within which they live. 55 Figures, 38 Tables