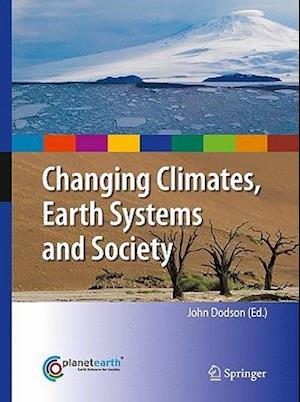 The International Year of Planet Earth (IYPE) was established as a means of raising worldwide public and political awareness of the vast, though frequently under-used, potential the Earth Sciences possess for improving the quality of life of the peoples of the world and safeguarding Earth's rich and diverse environments. The International Year project was jointly initiated in 2000 by the International Union of Geological Sciences (IUGS) and the Earth Science Division of the United Nations Educational, Scienti?c and Cultural Organisation (UNESCO). IUGS, which is a Non-Governmental Organisation, and UNESCO, an Inter-Governmental Organisation, already shared a long record of productive cooperation in the na- ral sciences and their application to societal problems, including the International Geoscience Programme (IGCP) now in its fourth decade. With its main goals of raising public awareness of, and enhancing research in the Earth sciences on a global scale in both the developed and less-developed countries of the world, two operational programmes were demanded. In 2002 and 2003, the Series Editors together with Dr. Ted Nield and Dr. Henk Schalke (all four being core members of the Management Team at that time) drew up outlines of a Science and an Outreach Programme. In 2005, following the UN proclamation of 2008 as the United Nations International Year of Planet Earth, the "Year" grew into a triennium (2007-2009).

Forfattere
Bibliotekernes beskrivelse The book examines how climate change has and will deliver impacts on major globalized biophysical and societal themes that will affect the way the world functions. It shows how the Earth sciences contribute to a better understanding of climate change. 1 Hardback 5 Tables, black and white; XX, 244 p.