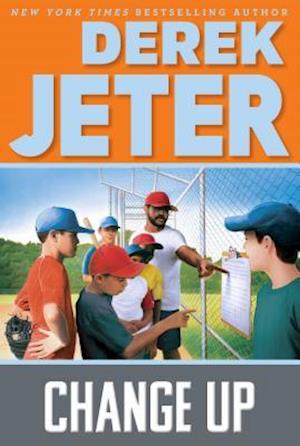 In the third book in the New York Times bestselling middle grade series inspired by the life of iconic New York Yankee Derek Jeter, Derek's father keeps his promise to coach his son's youth baseball team. Derek is sure this will be the best season yet He has it all planned--his dad will have him start at shortstop, and the team will cruise to a championship. But sometimes life doesn't go according to plan. Change Up focuses on a key life lesson of Derek Jeter's Turn 2 Foundation--Deal with Growing Pains--in the series companion to Hit & Miss and The Contract, about which The Wall Street Journal said, "the play by play action is exciting and the lessons many."