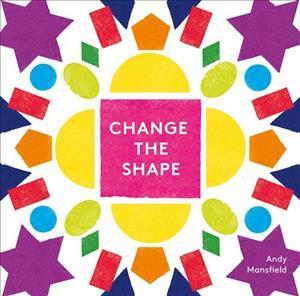 The third ingenious pop-up book from paper engineer Andy Mansfield. Packed with exceptionally clever novelties, readers can lift the flap, pull the tab, fold and pop to change nine different shapes, each one trickier than the previous. A magnificent kaleidoscope pop finale hides shapes galore. Bright and stylishly minimal in design, this is the very best kind of smart concept book. Following on from the success of Find the Dots (2015), which has sold more than 60,000 copies worldwide, and See the Stripes (2016), which has sold more than 20,000 copies worldwide.