- Guidelines For A Healthy Life In Accordance With The Dao: Chang Ming Recipes 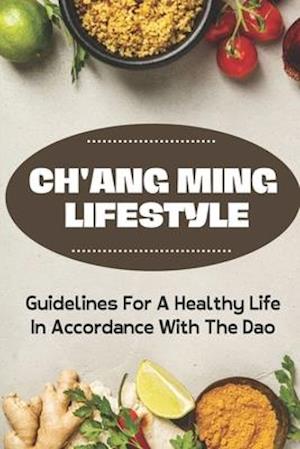 Ch'ang Ming is a series of dietary and health recommendations based on Taoist philosophy. It was first introduced to the West by Chan Kam Lee, a Taoist teacher and Chinese herbal medicine practitioner who came to London in 1930 from Shandong Province in China. He took the Taoist principles of Traditional Chinese Medicine and adapted them to Western foods and eating habits.

There is much interest in Taoist philosophy and taking a Daoist approach to life but very few books have been written on the practicalities of cooking and eating in a Ch'ang Ming way. Ch'ang Ming provides guidelines for a healthy life following the Dao and this book provides a range of recipes for anyone wishing to cook and eat the Daoist way.