- My Darkest Day Turned Glorious at the End of a Cord 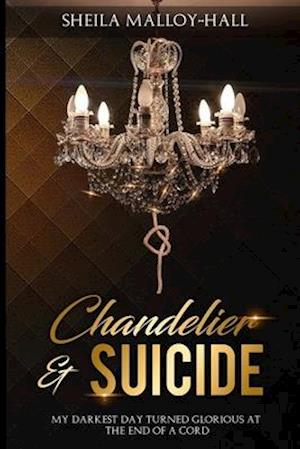 "There's no way we can be who God intends for us to be without speaking our truths." Sheila Malloy-Hall

Sheila Malloy-Hall has chosen to give voice to her truths unapologetically and without the expectation of acceptance or applause. While no two seasons in her life were alike, with a made-up mind, she refused to look back-as moving forward was her only option. Her journey has been one fraught with horrors unfamiliar to many but now speaks of healing and wholeness. "SHE" (short for Sheila) acknowledges that she is now FREE

Coming from a place of pain to victory, Sheila tells it all in this autobiographical piece of literary art. Be encouraged and empowered as you "walk the walk" with her through trials and tribulations that no woman (or man, for that matter) should have to endure. Today, "SHE" is marching forward with a clearer perspective on her calling. She is not only a game-changer; she is making a difference in the universe by operating in 100% authenticity.

Were it not for the glory of GOD shining down on her in her darkest moment, Sheila would not be here to tell her redemptive story. The enemy tried for another win, but he lost...and he's MAD about it