- Chance as the Foundation of the World 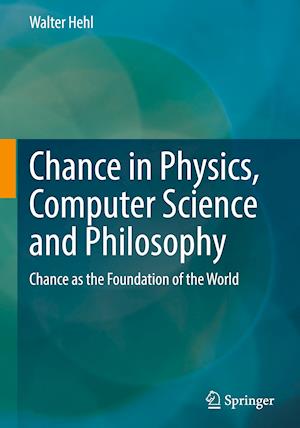 Chance is uncanny to us. We thought it didn't exist, that God or a reasonable explanation was behind everything. But we know today: It exists. We know that much of what surrounds us and which we do not see through, nevertheless runs causally. Unlike what was thought in the days of the Enlightenment, chance is the rule around us rather than lawful order. The clouds are stochastic fractals, the waves on the sea are pure random machinery. The philosopher Charles Peirce recognized the fundamental importance of chance in precisely this sense, even before quantum and chaos theory, and gave the doctrine its name: Tychism.Without chance there would be nothing new, no life, no creativity, no history.This book looks at chance from the perspective of physics, computer science, and philosophy. It spans from antiquity to quantum physics and shows that chance is firmly built into the world and that it would not exist without chance.This book is a translation of the original German 1st edition Der Zufall in Physik, Informatik und Philosophie by Walter Hehl, published by Springer Fachmedien Wiesbaden GmbH, part of Springer Nature in 2021. The translation was done with the help of artificial intelligence (machine translation by the service DeepL.com). A subsequent human revision was done primarily in terms of content, so that the book will read stylistically differently from a conventional translation. Springer Nature works continuously to further the development of tools for the production of books and on the related technologies to support the authors.