Challenges of Constructing Legitimacy in Peacebuilding 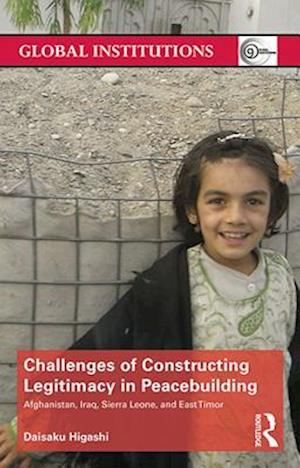 Peacebuilding is a critical issue in world politics. Surprisingly, however, there has not been a full examination of concrete policies and implementation strategies to generate legitimacy in 'host states' by either international relations (IR) theorists or practitioners. The objective of this book is to develop an understanding of the mechanisms for constructing-or eroding-the legitimacy of newly created governments in post-conflict peacebuilding environments. The book argues that although existing accounts in the literature contend that compliance with key political programs, and constructing legitimacy in peacebuilding, largely depend on the levels of force (guns) and resource distribution (money) aimed at people who are governed, there are other significant factors, such as inclusive governments reconciling with old enemies, and the substantial role of international organizations (IOs) as credible third parties to establish fairness and impartiality within the political process. Highashi focuses on an in-depth analysis of the challenges involved in creating a legitimate government in Afghanistan, focusing on disarmament programs with powerful warlords, and the reconciliation efforts with the insurgency, especially the Taliban. In the conclusion the book also examines three complimentary cases-Iraq, East Timor, and Sierra Leone-which consistently support the argument presented earlierThis work will be of interest to students and scholars of peacebuilding and conflict resolution as well as international relations more broadly.