- A Life and Legacy 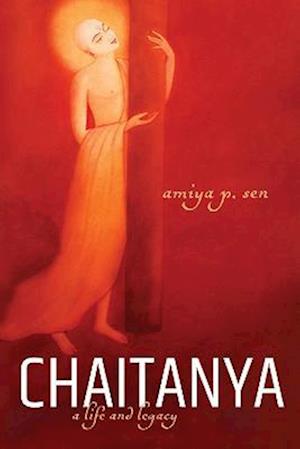 This is a fresh attempt at historically reconstructing on a popular and accessible level, the life and times of the medieval Hindu -Vaishnava mystic, Chaitanya. In this short work, I consciously keep away from both hagiographic accounts of the saint as also such works that treat him and his religious faith rather superficially. An important part of this work is the study of how Chaitanya came to be understood and internalized in post-Chaitanya Bengal, particularly inthe environment of a burgeoning cultural nationalism of late nineteenth century. For this reason, my work focuses on Chaitanya alone and on his intimate companions rather than produce a history of Vaishnavism in Bengal such as has been attempted before. Using a wide range of extant sources both inEnglish and Bengali languages, this work also attempts to raise certain key theoretical questions concerning the relationship between Chaitanya and the movement that followed him, albeit in a manner that is more engaging than pedantic.

Forfattere
Bibliotekernes beskrivelse This is a short but critical attempt at historically reconstructing the life and times of the Hindu-Vaishnava mystic, Chaitanya, as also of the ways in which posterity perceived and appropriated him and his message in a variety of ways. It is thus that I try and link a life to its complex but enduring legacy.