Chain Her by One Foot

- The Subjugation of Native Women in Seventeenth-Century New France 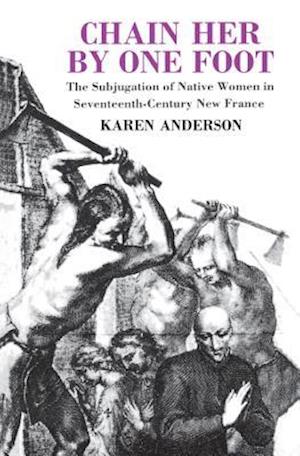 In this highly original volume of social history, Karen Anderson makes a provocative claim: the subjugation of women in seventeenth-century New France was linked with the brutal colonization of native Indian populations. Before colonization, the Huron and Montagnais tribes lived in gender-egalitarian societies. The domination of women by men was only one effect of French 'civilization'--along with warfare, disease, famine and Jesuit proselytization--which combined to destroy Indian culture and sexual equality. Anderson's is an interdisciplinary, cross-cultural, feminist case study of the historical and political construction of gender and racial inequality.