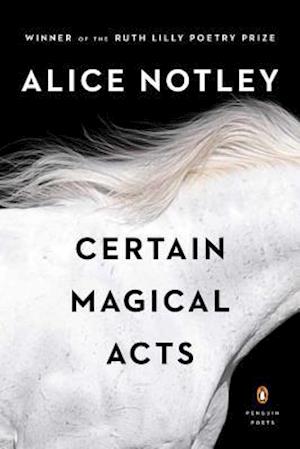 An important new work of poetry from Alice Notley, winner of the 2015 Ruth Lilly Poetry Prize Alice Notley has become one of the most highly regarded figures in American poetry, a master of the visionary mode acclaimed for genre-bending book-length poems of great ambition and adventurousness. Her newest work sets out to explore the world and its difficulties, from the recent economic crisis and climate change to the sorrow of violence and the disappointment of democracy or any other political system. Notley channels these themes in a mix of several longer poems - one is a kind of spy novella in which the author is discovered to be a secret agent of the dead, another an extended message found in a manuscript in a future defunct world - with some unique shorter pieces. Varying formally between long expansive lines, a mysteriously cohering sequence in meters reminiscent of ancient Latin, a narration with a postmodern broken surface, and the occasional sonnet, these are grand poems, inviting the reader to be grand enough to survive, spiritually, a planet's ruin.