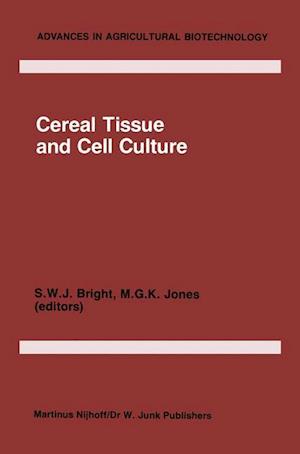 'lbe rescue of immature embryos from wide crosses (Il) was one of the first applications of culture techniques in the cereals. Success with embryo culture has improved with increased knowledge of embryo development, differen tia tion pa ttems and nu tri tional and hormonal require men ts * lfowever, success in these procedures is still sporadic and often genotype or species specific. A review of embryo development is lacKing in recent literature on cereals. We shall first describe these processes, and follow this by a section on factors influencing embryo culture success. The rescue of embryos from wide hybridisation will then be considered. This has been critical to the development of a haploid production system for barley (5U) and for the creation of new hybrids with the potential for gene transfer or for new crops with agronomic potential. 'l'he most recent application of immature embryos has been in the production of totipotent cell cultures as initially described for corn (Zea mays) (33), or for developing haploid cell cultures(llU).In this review we have tended to use barley (Hordeum vulgare) for illustrations and examples because of the ease of obtaining such materials and our familiarity with this crop.