- Staffordshire Ceramics, Made in China 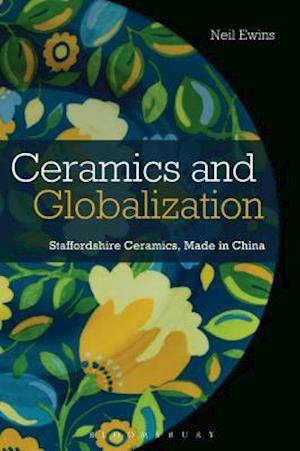 Neil Ewins' study of the Staffordshire potteries in a period of great global change traces how ceramics production has been affected by globalisation in both familiar and unexpected ways.Although many manufacturers such as Wedgwood initially moved production to cheaper labour markets in East Asia, others remained in or returned to England once it became clear that outsourcing manufacturing was affecting the brand value and customer perception of their products. Neil Ewins explores the complex behaviour of the UK ceramics industry, using a combination of evidence from the press, trade journals, ceramic objects, and primary interview evidence of manufacturers, retailers and a ceramic designer. Ewins suggests that, although the surface designs of UK ceramics invariably reflect diverse cultural and stylistic influences, a notion of authenticity often still resides in the place and context in which the ceramic product was originally made. Overall, the book argues that UK ceramics remain culturally complex because of issues of supply and demand, and ties to heritage, imagined or otherwise. Within a context of globalization, the book highlights compelling issues which have huge ramifications on UK manufacturing futures.