- The RT and RM Families 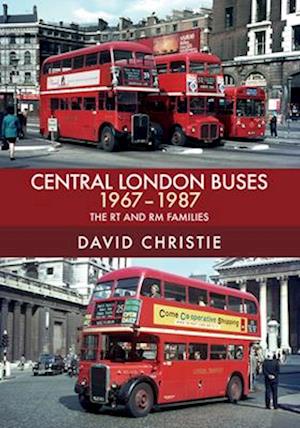 From author David Christie's home town in Essex, the Green Line route 721 (by RCL) was the usual way of getting to London - into Aldgate, one of his haunts as a young spotter in the '50s. From there a walk along to Bank, Aldwych, Trafalgar Square then Whitehall to Parliament Square, returning via the Embankment, invariably followed. This route was generally repeated when, in 1967, he started photographing LT buses. The author was able to capture the last of the RTLs in service, and on later trips to concentrate on the Routemasters. Also featured is the Vintage Route 100, using a 1930-built ST, which started in 1972.With a stunning array of superb photographs, this is a wonderfully evocative and nostalgic look back on an iconic period in London's transport history.

Forfattere
Bibliotekernes beskrivelse A fantastic collection of rare and previously unpublished photographs of buses in our capital London. 180 Illustrations, unspecified